The Community Forest is situated within the Great Lakes basin, which is a critical freshwater resource containing 95% of our nation’s supply. Located in Marquette County, Michigan along the Upper Peninsula’s Lake Superior shore, the Community Forest is comprised of 688 acres, with the majority of the acreage in one contiguous block in Ishpeming Township.

Forest comprises 86% of the land base. Other land cover types include 8% wetlands, 2% open space/water, and 4% herbaceous/shrubs. Dominant forest cover includes mesic northern forests, which are mostly hardwoods.These northern hardwood stands are even aged, while others are multi-story with super canopy evergreens interspersed. The most prominent tree species is Sugar Maple, which has historically been the most valuable tree species in terms of timber value. Ironwood is also found within this forest type and is highly prized for firewood due to its high BTU output. Hemlock, Yellow Birch, and Striped Maple are all found here in abundance and are valuable for wildlife habitat. These species, however, have a narrow range of requirements for growth and regeneration and therefore are important to the Community Forest. Striped Maple is particularly important in this aspect, since it is locally abundant but rare on a national level. This species is a very slow growing understory tree that may live to be 100. It is probably the most important as a browse plant for wildlife and is eaten by a number of species, including rabbits, grouse, deer, and moose.

The main water feature of the Community Forest is the Yellow Dog River, a Type 1 cold water trout stream and Lake Superior tributary whose headwaters are in the federal McCormick Wilderness Area. Little of the river has any protection status, with only 4 miles designated as a National Wild and Scenic River and 2.5 miles protected by YDWP as nature preserves.

Within the Community Forest are 4 sets of major waterfalls, including Hills Falls, that are valued for aesthetic reasons and for recreation. The waterfalls range between Class III and V, making them popular for whitewater kayaking. The river features many smaller sets of falls as well as riffles, pools, and a variety of in-stream habitats.

Several tributaries are also present, including Big Pup Creek, Lost Creek, and Bushy Creek. Many small feeder streams that are unnamed can also be found in the forest. In total, 5.28 miles of stream, tributary, and creek have been protected under the Community Forest project.

The Community Forest is at the east end of a regional landscape known as the Michigamme Highlands. The Highlands contain the highest elevations in Michigan and are known for unique geological features like granite mountains and exposed bedrock. The bedrock is part of the Canadian Shield formation, estimated at 3.5 billion years old, which is known to be some of the oldest rocks found on the planet. Underlying geology includes Archaen Granite and Gneiss.

Many species of plant and animal can be found in the Community Forest. Notable rare, threatened, and endangered mammals include Moose, Black Bear, Gray Wolf, Northern Flying Squirrel, Pine Marten, and River Otter. Bird species that are of concern include Bald Eagle, Spruce Grouse, Northern Goshawk, and American Woodcock. Several plant surveys have been done and species such as the Maidenhair Spleenwort, Laurentian Fragile Fern, and Woodsia have been confirmed. 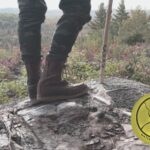 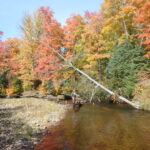 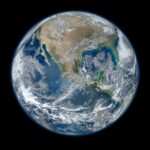 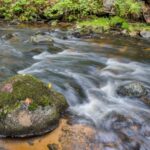