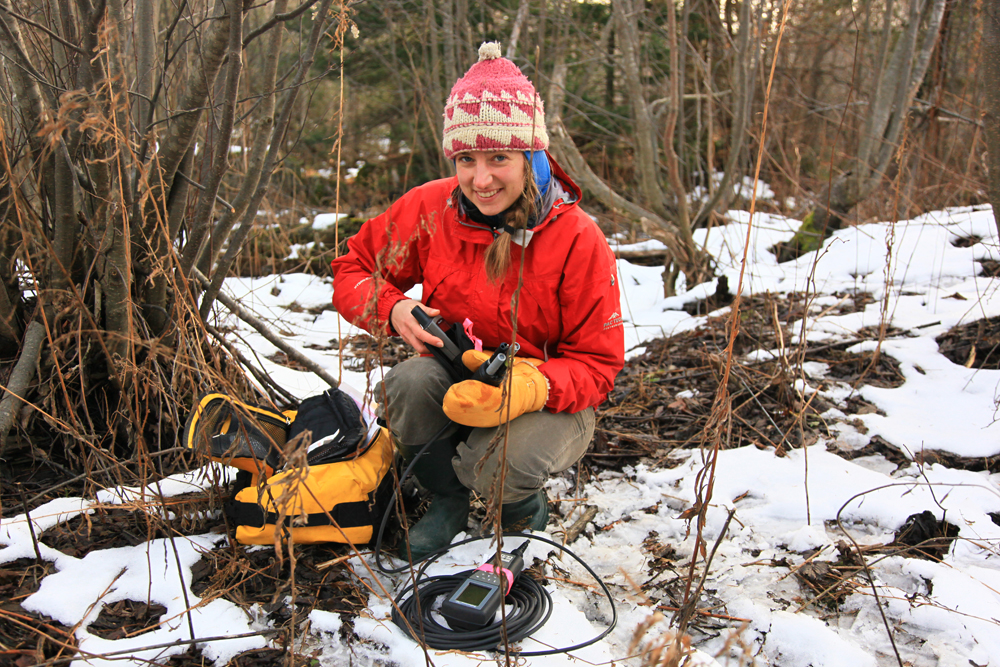 The Yellow Dog Watershed Preserve (YDWP) is proud to announce the appointment of our new Executive Director, Melinda Otto.  As of May 16, 2013 Melinda (Mindy) has taken the full role as Executive Director.  For the last year, Otto has been going through intensive training at YDWP to prepare her for this endeavor. Otto, originally from Kalamazoo, started her venture of environmental work in 2005 building trails and waterbars in the Great Smoky Mountains National Park as a volunteer through the Student Conservation Association.  She studied at Northern Michigan University and during her years there, she volunteered for non-profit organizations and was a valuable leader for many of them.  Mindy was president of NMU Students for Sustainable Living, and partway through her degree she attended and graduated from the ECOSA Institute Total Immersion in Sustainable Design semester program in 2009.  She graduated Summa Cum Laude from NMU in December of 2011 with a B.S. in Human Geography and a Minor in Art and Design. She has a diverse background of interdisciplinary studies including: geographic information systems, human impact on the environment, permaculture, graphic design, and fundraising. Her experiences have taken her around the states and to other countries, but her deep love of the Upper Peninsula has lead her to the next step of her life, Executive Director of the Yellow Dog Watershed Preserve. She said, “It’s not every day that your dream job comes to you, and I am deeply honored to take on this important work” […] “The complexity of the issues we face as an organization will require commitment from a diverse set of people, with unique backgrounds and perspectives. I will carry on the spirit of the Yellow Dog by seeking out new connections to help us in our mission.” Mindy can be reached at mindy@yellowdogwatershed.org or by calling the office at 906-345-9223. YDWP’s outgoing Executive Director, Emily Whittaker, led the organization for the last five years, and will be taking on a new role with YDWP as Special Projects Manager.  Whittaker served as Executive Director since the fall of 2008 and succeeded in building the organization’s capacity. YDWP grew its budget, hired more staff, and strengthened programs aimed at protecting the condition of the watershed. “This place means so much to me and I felt that serving as Director was an honor,” says Whittaker. She will stay on as a semi-part time Special Projects Manager. “There are 1 or 2 projects that are starting up now that I will be devoting all of my YDWP time to and they are both very exciting.” Whittaker can be contacted via email at emily@yellowdogwatershed.org or by calling the office.