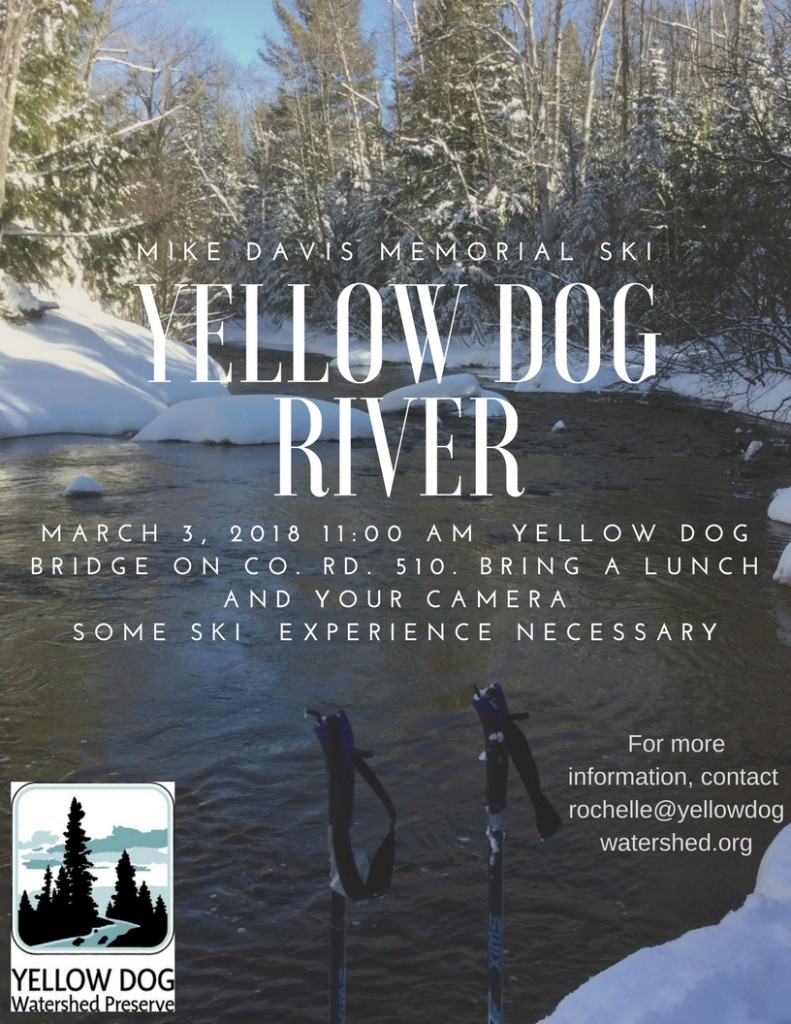 Over twenty years ago, Mike Davis led the first Yellow Dog Watershed Preserve sponsored ski trip in the McCormick Wilderness Area and the headwaters of the Yellow Dog River. We skied the whole day through the series of lakes and portages—Lower and Upper Baraga, Clear, White Deer. The trip covered many miles, and we arrived back at our vehicles long after dark, but Mike always knew where we were going. He led the YDWP this same way. He was instrumental in forming the Yellow Dog Watershed Preserve as a 501c3 organization, was elected as our first Chairman of the Board in 1995 and served for five years. Even after he retired from this position, he remained a loyal supporter, friend, and most importantly, a trusted and wise advisor.

Since that first ski, Mike led other trips along the Yellow Dog River, and YDWP has tried to make a watershed ski outing an annual event.  They are exhilarating, often challenging, and always an adventure.  Join us on March 3 for the ski along the river and into the community forest in memory of Mike.