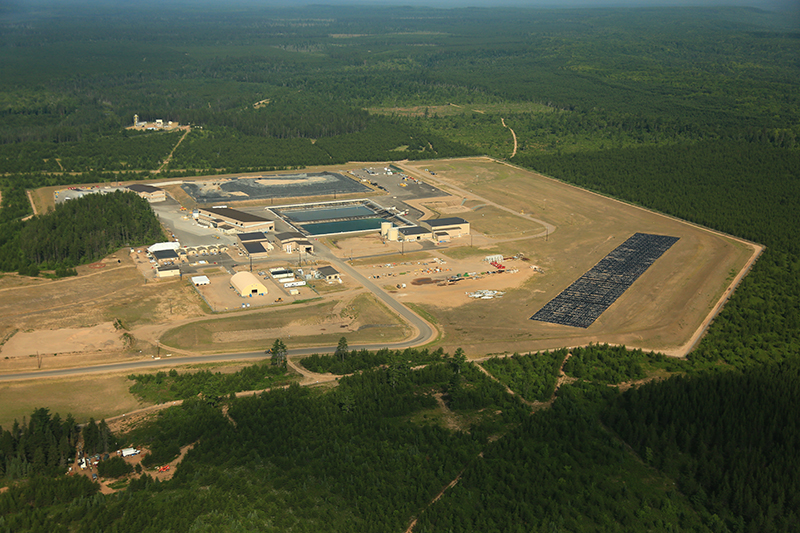 On August 13, 2014, the Michigan Court of Appeals affirmed the lower court’s decision to continue the Lundin Eagle Project, the only mine in the U.S. where nickel is the primary targeted material in addition to copper. The original co-petitioners against the permitting of the mine include: Yellow Dog Watershed Preserve (YDWP), National Wildlife Federation (NWF), Keweenaw Bay Indian Community (KBIC), and the Huron Mountain Club (HMC). The operation has been in development since 2003 and in litigation since 2006.

The Michigan Court of Appeals agreed in 2012 to hear the case regarding the 2007 decision to issue the mining and discharge permits to Kennecott Minerals. The date for oral arguments was set for June 3, 2014. Over 500 tribal members traveled from the Keweenaw Bay Indian Community to attend the hearing in Lansing and staged a demonstration on the steps of the courthouse in opposition to the project. The portal to the mine enters through Eagle Rock, a sacred native place of worship in ceded territory, facts which have been disregarded by the state justice system. Now that the ruling has been settled, the Lundin Eagle Mine is permitted to move forward into production sometime during fall 2014.

“If only judges were required to pay a visit to the location in legal debate, then they might have seen a different picture,” said Mindy Otto, Executive Director of the Yellow Dog Watershed Preserve. “The project lacks a complete Environmental Impact Statement required by law, and now we are seeing a pattern of activities that are illegal and detrimental and are caused by the rapid development of a haul road for this mine project which should have been included in that document.” Otto is referring to the recent violation of the Natural Resources and Environmental Protection Act when an unlawful quantity of turbid water and suspended sediment was deposited in a wetland, tributary, and the East Branch of the Salmon Trout River dated August 4, 2014.

The Michigan Court of Appeals ruling is a disgrace to tribal nations and the environmental justice system designed to protect what we value most in this Great Lakes state. Yellow Dog Watershed Preserve will continue preserving and protecting the Yellow Dog Watershed, identifying threats, and holding natural resource agencies accountable to their position with a slew of honest scientists and concerned citizens while we consider more legal options.