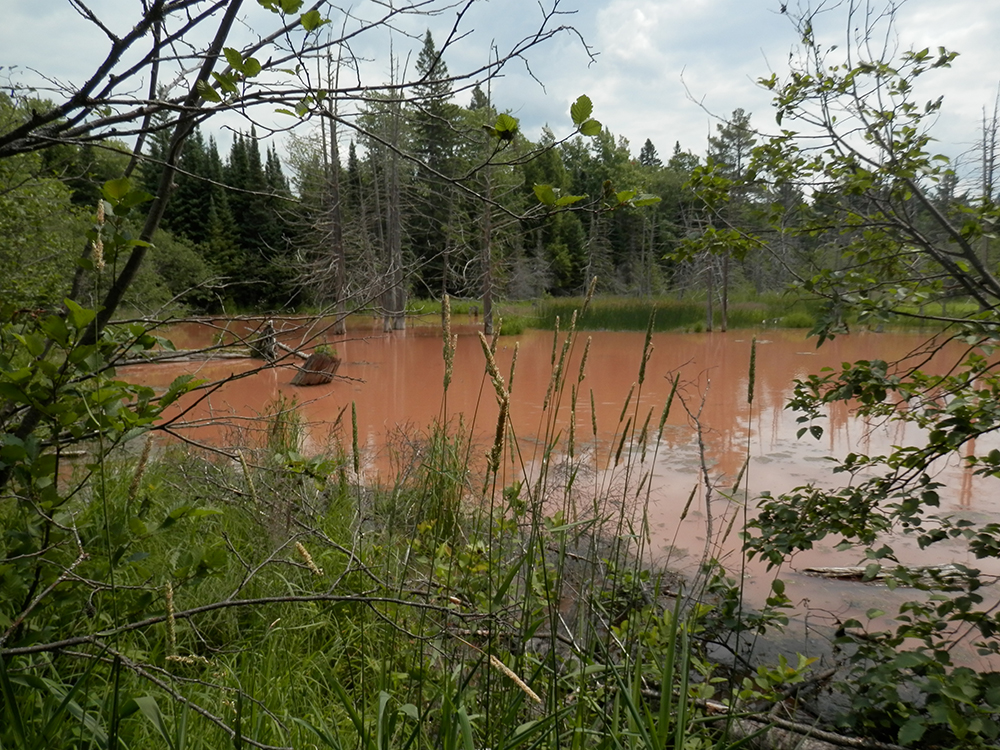 On August 4, 2014 the Michigan Department of Environmental Quality (MDEQ) Water Resources Division issued a Violation Notice to the Marquette County Road Commission for an unlawful discharge of sediment and turbid water into a wetland ravine, tributary, and the East Branch Salmon Trout River during the creation of the haul road for Lundin Eagle Mine. The unlawful discharge was created when excavation for the new County Road AAA road corridor reached groundwater level and water began to flow out of the construction site, down slope, and into nearby waterways.

The Yellow Dog Watershed Preserve was informed in late July by an anonymous source that a spring that feeds the East Branch of the Salmon Trout River had been damaged during road construction on County Road AAA. Site visits by our organization continued for several weeks and confirmed the damage had occurred, mitigation had begun, but that the MCRC did not have a formalized plan to control the release. The Michigan Department of Environmental Quality and Michigan Department of Natural Resources were notified of the situation immediately and completed several site visits in July and August.

The Yellow Dog Watershed Preserve sent in a formal complaint letter to MDEQ on August 1, urging the agency to issue a citation for polluting the water. We also urged the agency to require the implementation of a mitigation plan to clean up the site. We are currently informing the EPA of the incident and speaking with tribal entities and our legal team. Sedimentation at these levels can have serious impacts on fish and other aquatic organisms.

In the Violation Notice, the MDEQ states that they observed the unlawful discharge of sediment and turbid water on July 14, 2014. Improved erosion and sediment control measures were installed at their direction. When the groundwater mixed with rain and sediment after a storm event, the flow rates increased, the water was polluted, and was not properly contained in violation of Part 301,Part 303, Part 91, and Rule 2190 of Part 31 of the Natural Resources and Environmental Protection Act. The MCRC is being directed to remove sediment from selected portions of the wetland and intermittent tributary as well as monitor the water color at several locations for the remainder of the 2014 construction season.

It is unclear what ongoing hydrological impacts can be expected by this. It is also unclear what long-term solution can be adopted that would manage the continued increased flow of water. YDWP will continue monitoring the waterways and the engineering decisions of the Marquette County Road Commission. We would also like to see a complete hydrological assessment of the whole impacted area and have pushed for one since 2004.

Help our organization keep up this important work by donating today: Donate Now