Critical Minerals and the Mining Report

Many changes in the law and political maneuvering may have a strong impact on the watershed via mining operations. The U.S. Environmental Protection Agency and Department of Interior administrators, who are politically appointed, are rolling back or blocking laws, increasing the hunt for minerals, and easing accessibility of those minerals to those who may exploit them. Read below for more information.

Department of the Interior orders Survey of “Critical Minerals”

A webinar hosted by the American Geosciences occurred in January that was dedicated to the “Tracking the Global Supply of Critical Materials” issue (Nedal Nassar and Vitor Correia). “No country in the world produces all of the mineral resources necessary for modern society. International trade plays a critical role in providing these raw materials, forming a global network of production, export, import, and use. This network must continuously adapt to national and international developments in science, technology, politics, and economics. As a result, information on the global flow of raw materials plays a fundamental role in improving national and international resilience to potential supply disruptions and market changes.” Work that is being done to review “criticality’ of each element or commodity. 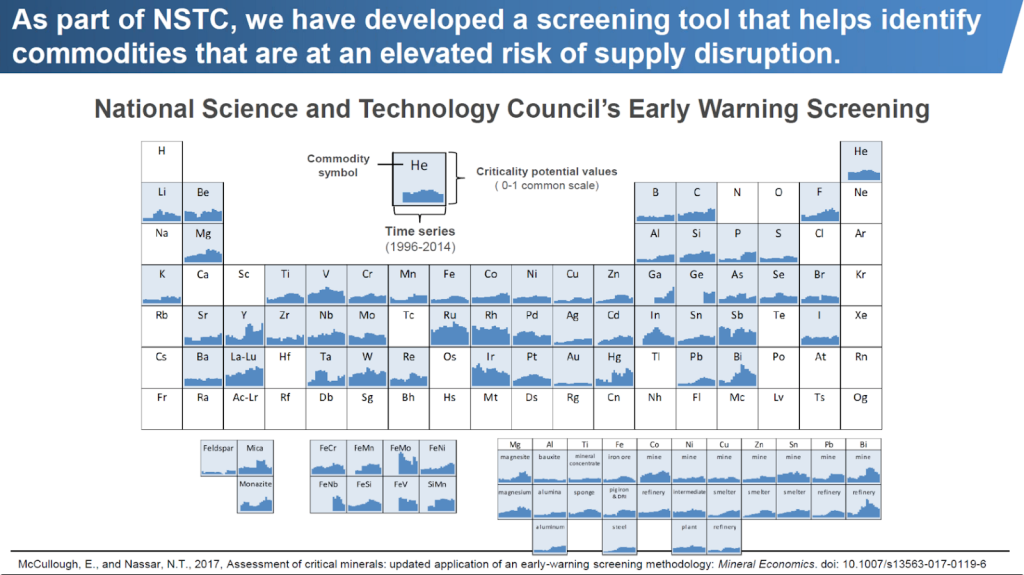 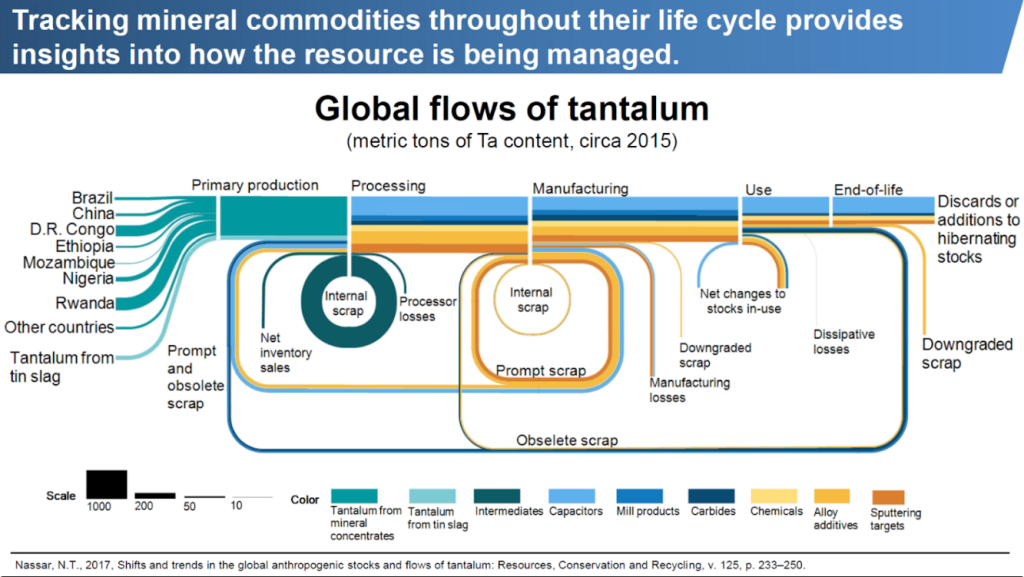 Viewed in the most positive light, important research is being done to identify the LIFE-CYCLE of each “critical” element, including each element’s sources, amount of waste during milling and manufacturing, major uses, how each product stream must be recaptured and recycled, challenges, etc. If the materials are truly critical, as the government claims, there is enormous opportunity and benefit for any country that can master efficiencies (reduce-reuse-recycle) and “close the loopholes” in the life-cycle. This is especially true for imported critical materials: once materials, embedded in a product or technology, reach a market such as the U.S., the critical materials could be effectively captured for reuse. The potential for capture, given improvements to industrial recycling, could minimize new mining 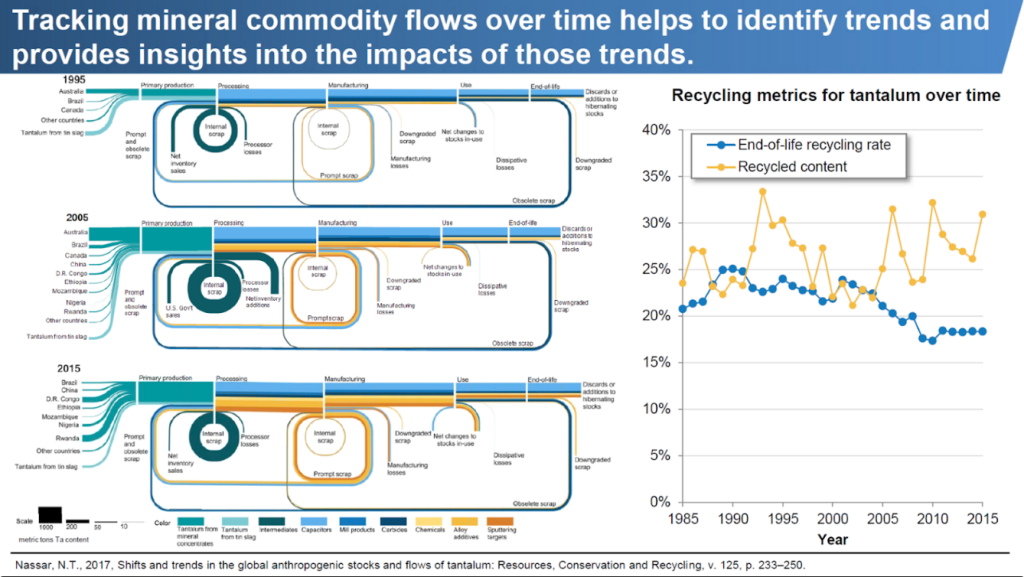 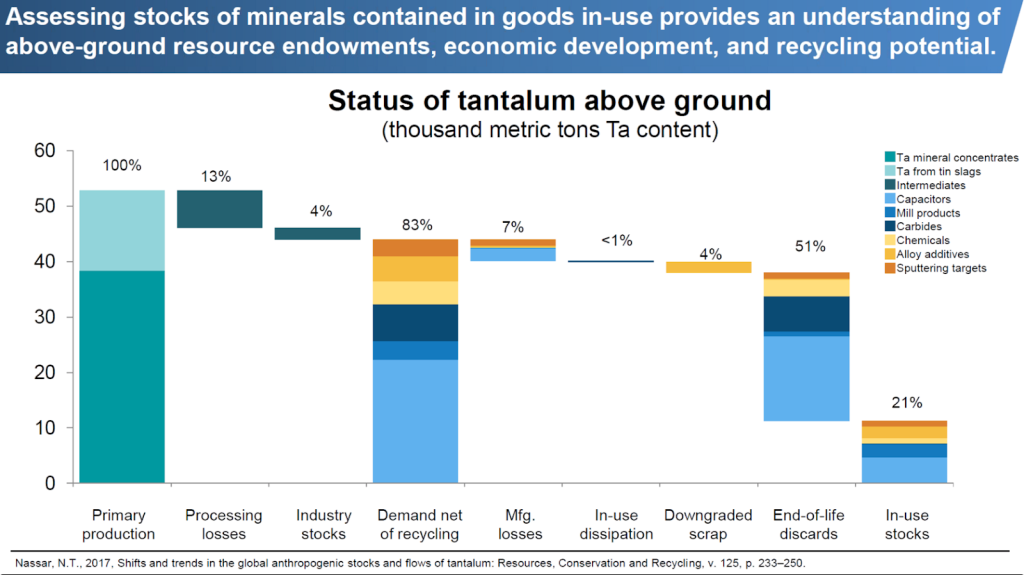 In reality, much of what is deemed “critical” is being wasted. Recovery is limited by “profitability” and technology and the manufacturer is rarely required to participate in end-of-product-life recycling. In terms of “profitability” the environmental costs of mining and disposal are not reflected in the product cost-benefit analysis, but generally externalized (communities pay for recycling, environmental cleanup, and burdens related to environmental degradations of clean air and water).  Life-cycle analysis is clearly an important first step, and has apparently been completed as a “proof of concept” (N.T. Nassar) for some elements. It must be done for all minerals and metals, which seems to be a considerable challenge. Data will require constant updating to be useful. A more skeptical view suggests that the federal government’s interest in finding U.S. sources for all “critical” elements is deeply politicized and probably not practical. Mining lobbyists are using the “criticality” issue to further an anti-environmental agenda, and using “urgency” to gain access to federal lands, including designated national monuments and parks, with streamlined environmental permitting. Since the “Critical Minerals” list includes PGE metals (found at orebodies like Eagle Mine and Back Forty) as well as elements that are byproducts of copper mining, we need to be concerned about the USGS “Critical List” and how it may impact proposed mining on federal forest lands in the U.P.; it remains unclear how this will change mining regulations in Michigan.